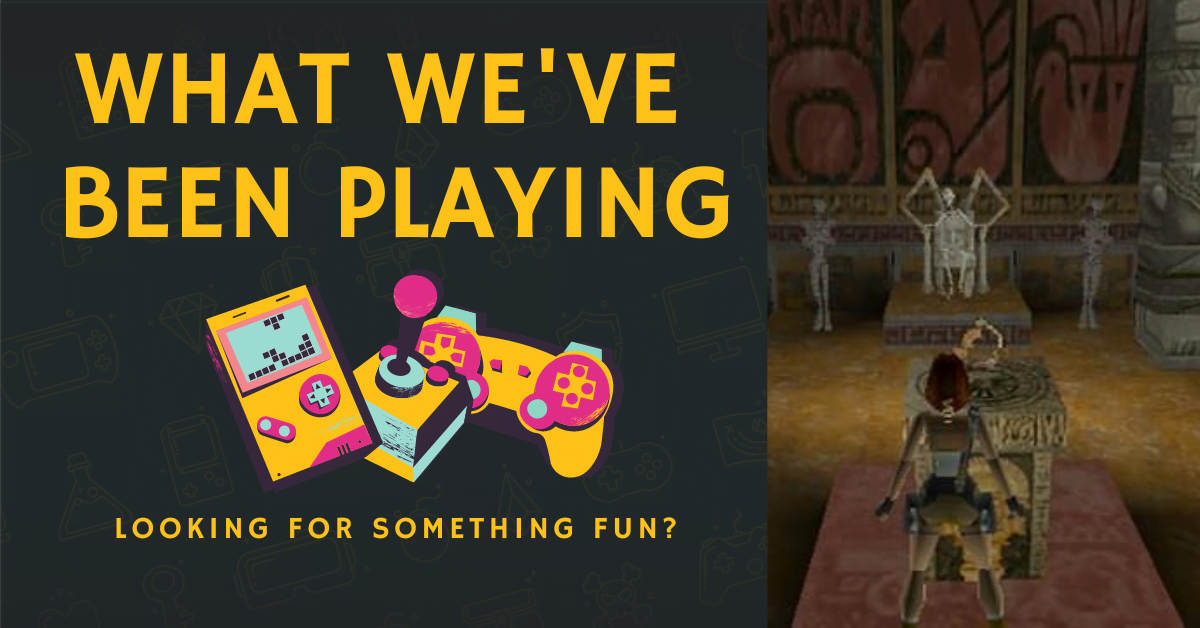 Lara Croft has been an idol of mine since the first time I sat on the floor of my friend’s bedroom in 1996 and controlled her then polygon-addled body. Though those scenes look like little more than a loose collection of pixels now, I remember my mom watching over my shoulder and giving her head a shake as she walked away and said, “It’s too realistic. I can’t handle it.” And it did feel realistic. Ron Rosenberg, producer of the 2013 Tomb Raider reboot said, “when people play Lara, they don’t really project themselves into the character,” but don’t think he could be more wrong. When I played, I felt like I was Lara. I was this

amazing lady who could jump and climb and shoot and explore and collect. At night, I would literally dream of the adventures Lara and I would have together, and I’ve still never forgotten those few mysterious notes that chimed when I picked up ancient relics and found hidden medi packs, which always felt like a personal victory.

As a young girl in Arkansas, my spare time not in front of the TV was often spent in the woods around my house, keeping an eye out for snakes and snapping turtles, looking for places to climb, new areas to explore and, yes, treasure. Sure, the booty I brought home was quartz crystals and maybe an especially cool stick, but once I was introduced to Lara Croft, my wanderings changed from those of a buck-toothed country girl traipsing through the pine forest just beyond her backyard to the adventures of a daredevil explorer, able to conquer anything. And now I’m reliving them. I was recently gifted a little piece of my childhood by way of the ability to play the original Tomb Raider games again. I’m about halfway through the first one, and I’m having an absolute blast. Yes, the graphics are pretty hilarious, but the gameplay really holds up! There’s a little bit of friction in places that modern games likely would have smoothed out, but this playthrough has truly proven to be a great time.

As a kid, I never really thought of Tomb Raider as a puzzle game, but of course that’s exactly what it is. And it’s amazing how much muscle memory—and just regular memory (I had no idea I still remembered so many of the secret rooms!)—kicks in even all these years later. What I didn’t remember, though, were all the critters and villains who pop out at you! The surprise is so much fun. Another thing I’d forgotten about (and which would probably feel like cheating in a game made today) is the auto-aim feature, which I’ll admit I’m loving right now.

Of course, I’m not a kid anymore (boy, that’s an understatement), but these games still hold so much magic for me. I’ll never be able to recreate the exact same feelings of wonder and adventure I had when playing when I was younger, but even so, this new playthrough is reminding me of how much these games (and gaming in general) has meant to me throughout the years. I loved Tomb Raider—and of course Lara herself—so much that I yearned to make the games my own in every possible way. The Lara Croft I grew up with (at least in my mind) was never vulnerable. She had a handle on every situation, a trick up each sleeve (when she wore them), and a gun in every holster. She could take on goons, dinosaurs, tigers, and piranhas; she could find ancient artifacts, captain speed boats, and outrun boulders. She could do it all.

I needed someone like her in my life when I was younger. As an adult with a stable and happy living situation, I need her less now, but spending time in the game feels akin to reuniting with a childhood friend or revisiting a place where you always felt safe and at home. Even if it doesn’t feel quite the same anymore, there’s still something special there that I’m so glad I’m able to live through again.

So, if you have a way to play some old favorites from when you were younger, I highly recommend it. There’s a certain charm and comforting nostalgia that you don’t necessarily expect to grab you like it does. For me, it wasted no time and literally hit at the title screen. You’ll find yourself transported, once again young and adventurous, remembering rivalries and co-op runs, and reliving those old favorite stories through the same eyes you first viewed them with all those years ago. It’s really such a treat.