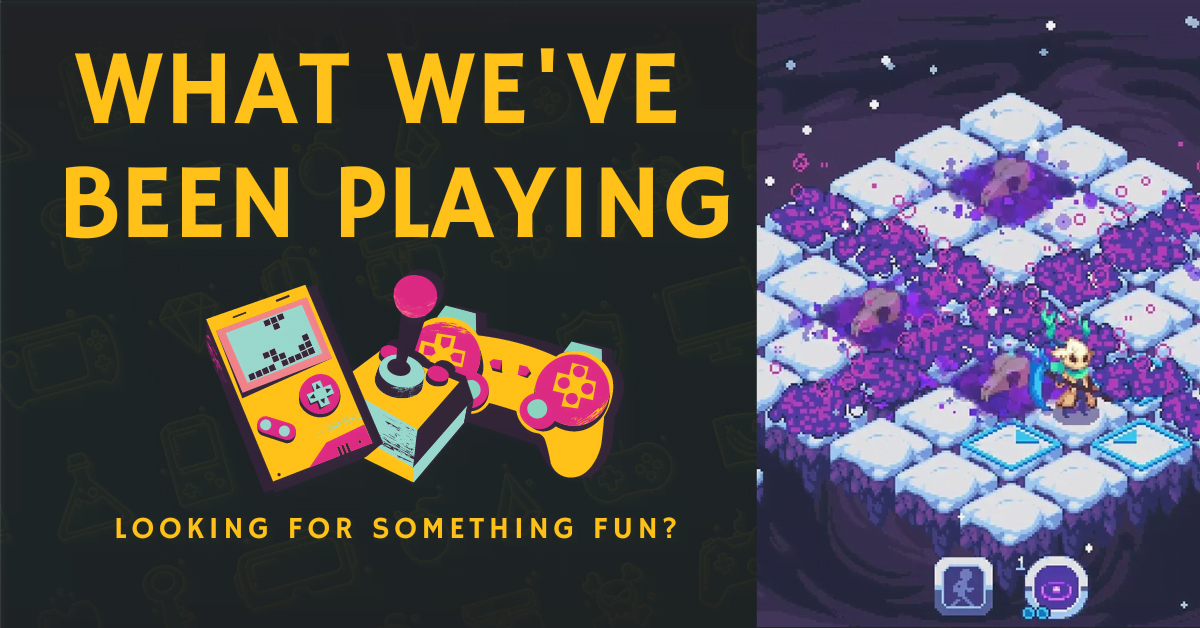 This week I have been engaged in the world of Evertried, a beautifully crafted isometric, tactical rogue-lite where the player ascends a mysterious tower utilizing strategy and positioning in turn-based combat. This is pixel art chess where you’re constantly thinking a few moves ahead to make use of attacks, skills, and traps to clear floors and progress higher to conquer Evertried’s afterlife.

To really master Evertried you need to make yourself familiar with its turn-based action combat system. For each move you’ll alternate between moving, attacking, dashing, and using skills to lure enemies to their demise. A timer/Focus-level in the right-hand corner will force you to make quick decisions in order to really progress in the game. The higher the Focus-level climbs the more shards and modifiers you’ll receive, however, if you’re more after a stress-free experience you can turn it off in the menu.

The Tower is made up of 50 floors that are divided into 5 areas, each area being unique and introducing you to a new set of enemies. As you progress higher, the floors become more complex however runs become more satisfying as you learn to understand certain enemy types, what they are capable of and how to address them strategically. Each area ends with a Floor Guardian, a battle where each boss has their own unique skill set to learn to combat and master. From the two I’ve encountered during my runs, the combat felt satisfying to master as each run gave me more knowledge to counter their attacks. Dying in these boss battles is to be expected, but by a few runs, you will know how they will react so you can plan ahead.

Finally, I just want to give a massive shout-out to developer Lunic Games/Danilo Domingues as Evertried to me is an incredibly unique title that makes me feel differently from how I usually play the rogue-lite genre. Each subsequent run I progressed a little further based on how I learned about enemies’ movements, their attacks, and what they were capable of. A decision that ended a run didn’t feel like it entirely depended on luck, but on my familiarity with a situation and knowing how to address it within the game.

Evertried is available on PC, Switch, Xbox, and PlayStation. You can find more information here at https://evertried.dangenentertainment.com/