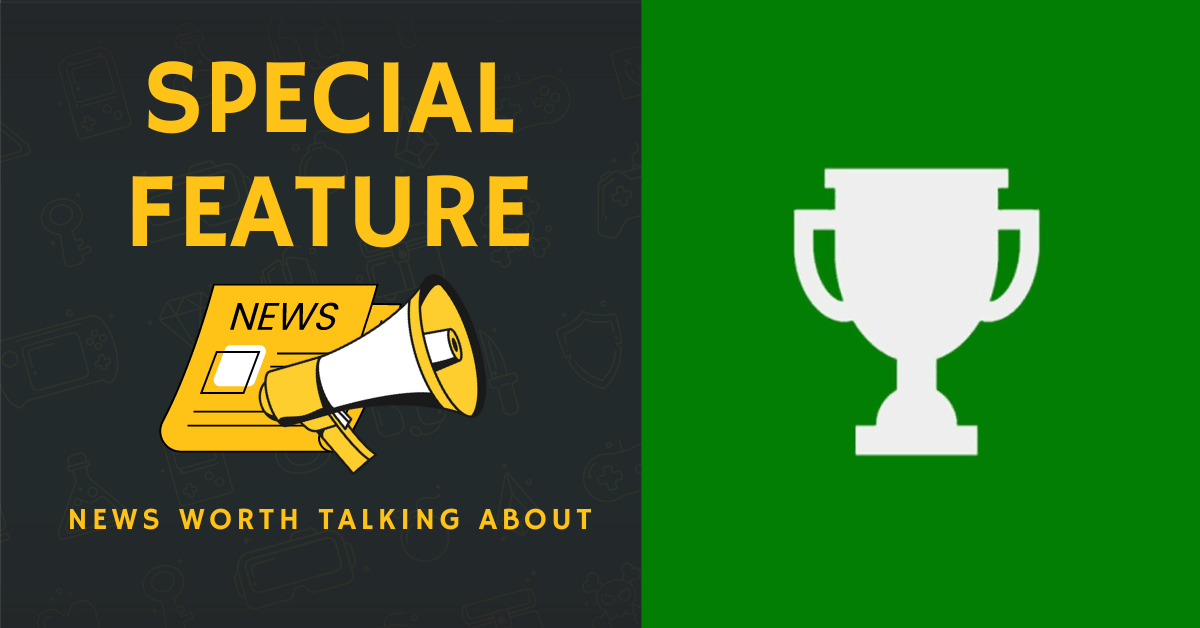 In part one of this special feature series, Cameron outlines the basics of achievement hunting.

Achievements are included within games to extend the title’s longevity and provide players with challenges laid out by the developer. They may coincide with the goals of the game itself (such as completing a level), or for completing challenges, finding secrets, or achieving especially difficult tasks such as speedrunning, obtaining a high score, beating a number of enemies, or completing a task in a non-standard fashion (pacifist runs). It is not uncommon for a game to include an achievement requiring players to achieve every other achievement.

The beautiful (and not so beautiful) thing about achievements is they are at the discretion of the developer, meaning that achievements can stretch as far as their creativity. Back in 2015, White Night, a survival horror puzzle title developed by OSome Studio, actually linked two of its achievements to the real-life phases of the moon; meaning that you could only unlock them during a full moon and get the full completion. 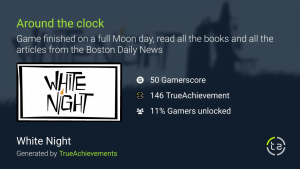 Some developers creatively use their achievements to encourage marketing and/or create a perception around their games. The Gears of War series is notable for this with its Seriously achievements that have a reputation for being notoriously difficult due to an extensive time commitment (100s, if not 1000s of hours).

Other titles may not even require you to play the game at all. For 10 years in fact. The Stanley Parable, a humourous first-person exploration game stretched players’ patience to the limits with an achievement that required players to play the game and then wait 5 years before playing it again. The updated Ultra Deluxe edition decided to do one better and double the time waited to 10 years. Of course, there were ways to get this sooner by manipulating the clock, but we’ve got to respect those that waited it out legitimately. 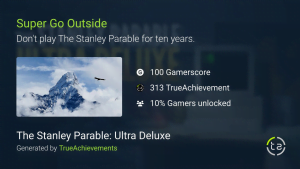 So you may be asking what’s the point? Well, achievements can give players a meaningful sense of accomplishment if given the time and the thought needed. The right achievement list will encourage players to explore, challenge, and even provoke their thinking to the point that they can become strong advocators for your title. Pop culture references can grab your attention, the odd silly task can make you laugh, and a multiplayer challenge may just prompt players to become good mates and give them a sense of community.

With this, I leave you some examples of what I believe are memorable achievements (to me at least) that show that when achievements are done right, that aren’t just complimentary to your title but take it to another level. Tune in next time, where I’ll cover the history of achievement hunting!

Memorable for just how funny it is, and well-suited for the humor of Borderlands 2. 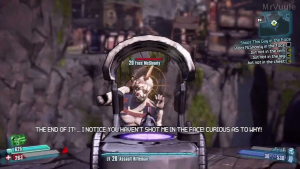 Destiny – Flawless Raider 65G – Complete a Raid without anyone in your fire team dying.

When you’re forced to work as a team you make sure everyone knows their stuff. Because if one person can’t hold their weight the rest of the team will miss out on this one. 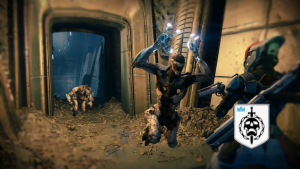 What’s more interesting than caring a garden gnome with you for the duration of the game? Half-Life 2 was also one of the first games to include achievements on Steam back in 2007. 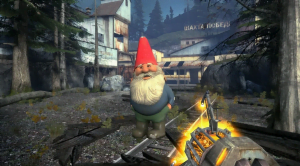 Recognized by the Achievement Hunting community as the infamous title that spawned easy Gamerscore, you can get the full completion in less than 10 minutes. Goals. 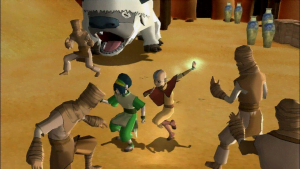 The Signal State – An Interview With the Developer

If you’re the kind of person who loves to fix things, who enjoys using your…