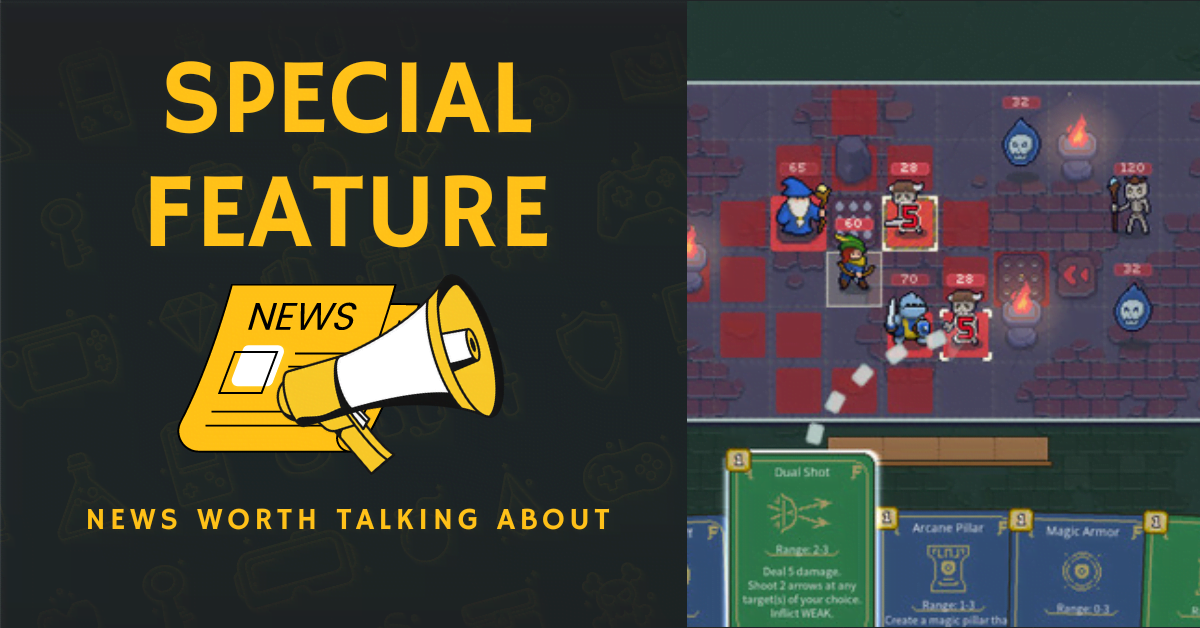 Sigil of the Magi hasn’t been released yet, but I’m already fully captivated. As a long-time player of Hearthstone (and an early supporter of Shardbound, which I will forever mourn), I was drawn to the game immediately. It’s the deckbuilding aspect that caught my eye first. I’m no stranger to agonizing over card choices and praying to RNGsus for the right draw, but I love the way Sigil differs from the two aforementioned games in that cards from your hand are shuffled back into the deck, similar to deck-building games like Dominion, if you’re into board games, or Slay the Spire. That switches up the deckbuilding strategy pretty significantly from what I’m used to, which was a really fun change for me.

But Sigil of the Magi isn’t just a card game. It’s also a roguelike with strategic, turn-based combat. In addition to what you put in your deck and when to play it, you have to consider unit placement, environmental effects, and passive abilities—for your characters and enemies alike.

But let’s take a step back and talk about the game a little more generally. To begin, players are presented with a choice between one of three factions. (At least that’s so in the full game; the demo has limited choices.) Each faction is made up of three heroes with unique abilities, both active and passive, that can complement or challenge your playstyle and force you to alter your strategies. Each hero has cards associated with them which act as their abilities once played. These include melee and ranged attacks, applying armor to themselves or other heroes, forcing enemies to focus them, knocking characters away, etc.

After your faction is chosen, you’re presented with one of the most fun parts of the game to me: the map! The maps in Sigil vary each time you play. With each map, you’ll be presented with three paths which sometimes fork off back to each other. I can spend several minutes analyzing all the options and weighing the different decisions to be made ahead. Should I choose this path with three regular battles and take this offshoot that leads to an treasure, or should I switch over here and fight a group of elites but get two shots at visiting the shop? The strategies vary by player and by playthrough, keeping each run unique and interesting.

So, ok, you’ve picked your heroes and you’ve chosen a path for your team to set out on. Now it’s time to really get into the nitty gritty of it all: battling. The basic play of the game is pretty straightforward, which I love because it means anyone can pick it up. That’s not to say the game is easy, though. The mechanics aren’t too complicated for someone unfamiliar with the genre to pick up quickly, but the enemies get tough pretty fast after you’ve had a moment to orient yourself, so the real finesse of the game comes in refining your strategy and making good, strategic choices in gameplay. You start by placing your heroes in a designated area on the field of battle. Before you officially start your turn, it’s always a good idea to study your enemies. You can see their cards (the actions they will play) and their passive abilities as well as their range. Using this information—which you can check again at any time, so no need to memorize—you can make informed decisions about how you want to use of your own cards and hero positioning on the map.

Another thing you need to keep in mind is your mana. You start with three but can increase this number throughout gameplay. Cards, of course, cost mana to play. This relates to one of my favorite mechanics in the game, though, which is the card rack. If you have cards in your hand that you don’t want to play that turn but want to hold onto (cards in your hand are shuffled into your discard pile at the end of every turn), you can store them on your card rack for later. But there’s a downside: you have to pay their mana cost to do so. However, when you’re ready to play them from the rack, they’re free. (Is it technically free if you’ve already paid for it?) Anyway, it’s pretty amazing and can lead to some epic multi-card turns and clutch saves down the line if you plan correctly.

So what happens when the battle ends? If you’re victorious (meaning you’ve left the fight with every enemy defeated and at least one of your heroes alive), you’ll be returned to the map to choose your next step forward. Aside from battles, there are merchants to visit, random encounters to discover, campfires to rest at, and treasure to be found. All of this battling and exploring always culminates with a boss fight at the end of the road. From there, if successful, you’ll be transported to a new map with new environments and stronger enemies—but if you’ve strategized correctly, you should be stronger by then too.

There are a total of three worlds, which grow progressively harder and introduce new and exciting mechanics. There’s so much I still haven’t touched on. There’s truly too much to explain it all here! And that’s what I love about the game. The developer, Yong, has managed to craft a play experience that is easy to grasp but difficult to master. Not only that, but he’s created a game where each playthrough is unique, from the cards you play to the paths you take to the enemies you face to the areas you visit. There are powerful relics that can be complete game changers but force you to adapt your strategy to truly take advantage of their potential, meaning you have to always be ready to adapt in order to make the most of the nearly endless options that you can be faced with during a playthrough. There are hinderance cards that can clutter up your hand or be used strategically to access stronger cards. There’s the ability to level up cards to make them more powerful. The game has seemingly unlimited options and massive replayability. Sigil rewards many different strategies and synergies, so you can always try new things if you’re ready to branch out to new methods and attempt new challenges.

I can’t wait for the full version to come out so I can play every faction, collect every card, and conquer every world. There is a free demo available on Steam right now, and the game’s full release is slated for later this year. I’ve already wishlisted it and will be grabbing it on day one, but I don’t expect to see all the content or master all the enemies for some time yet, because there is truly so much neat stuff to experience. Check out the demo today to get an idea of your early game strategy now, and join the Discord server to keep up with updates, meet other Sigil players, and get insider info first before the game’s release this fall. If you like Inscryption, Fire Emblem, Slay the Spire, or games like them, you won’t want to miss it.

The Knight Crawlers Dub the Dastardly Duck Competition Has Begun!

Have you always wanted to leave your mark on a great game? Well now you…